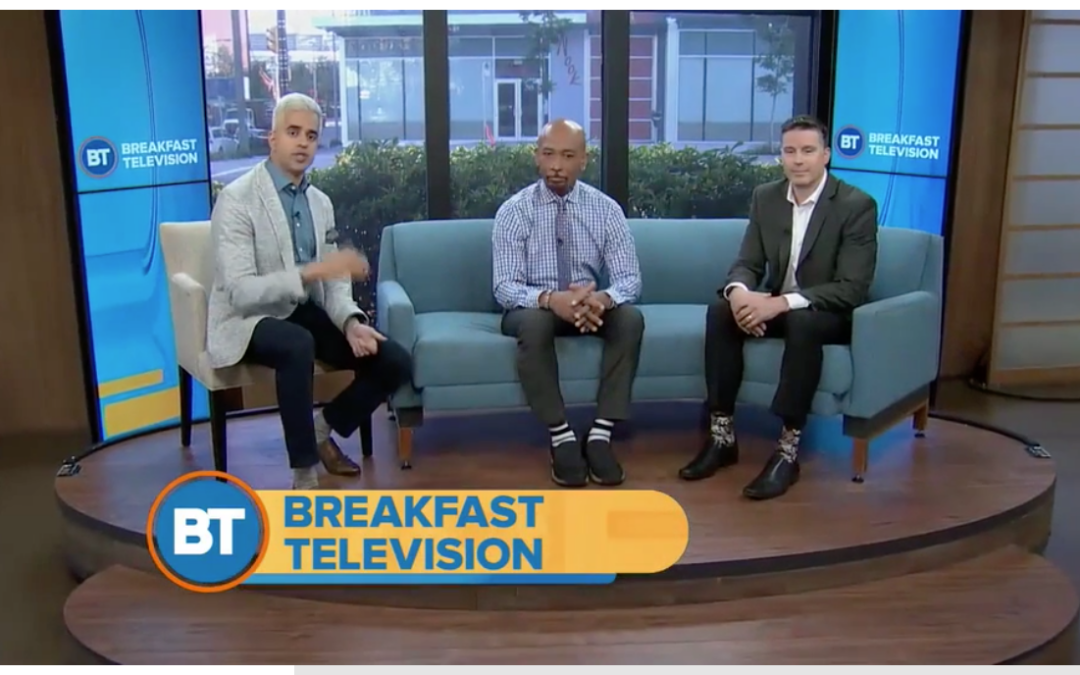 Former TV talk show host Montel Williams talks dealing with MS and chronic pain and how a new breakthrough medical device, being deployed in Canada for the first time, is enabling those with chronic loss of function, due to neurological disease or trauma, to be rehabilitated in a way that many saw as impossible.

(See below for a full transcript of the interview.)

Host: Just chatting with these two gentlemen right here about a big idea when it comes to medical breakthroughs. Montel Williams popular TV host, a familiar face to many, and Ryan D’Arcy, president and neuroscientist, by the way, from HealthTechConnex. Now this technology, get us started, is helping people with traumatic brain injury. But this new device, one maybe give us some context. What is it? And how is it going to help people?

Ryan: The device is called PoNS™, which stands for portable neuromodulation stimulator. And what it does is it actually stimulates your tongue with just a weak electrical, completely noninvasive. So, sort of like pop rocks or champagne, you know, that’s what it feels like. And that drives neuroplasticity in your brain when it’s paired with physical therapy, particularly around balance. If you’ve had a mild to moderate traumatic brain injury.

Montel: People in Canada understand that. There’s about three hundred fifty thousand people in this country today suffering from mild to moderate traumatic brain injury. Twenty thousand people every single year are diagnosed and one of the main symptoms is a balance deficit. And a lot of people don’t pay attention to until they are injured but once our injured it can affect every aspect of your life. When you’re taking a look at a woman right here, who’s Gerri, who literally had a bicycle car accident. And that what you just saw was her before using the device. That’s her right there before using the device where she had difficulty turning her head, looking side to side, had difficulty navigating spaces if there was anything near her. And then after only four or five days of use of the device, it changed her life. We’ve seen in our studies that eighty three percent of participants have gotten better and fifty-six percent of them have literally gone back to normal balance after only 14 weeks of the trial.

Host: You found this how many years ago Montel?

Montel: Actually, I found this device, really luckily, stumbled upon it at the University of Wisconsin back in 2010 and went to a double-blind study back then. And I been using device it and it’s literally turned my life around. Now a lot of people know that I have MS and I also last year suffered a stroke. Though we don’t have indications yet for stroke and MS, we have done multiple clinical trials with M.S., stroke, cerebral palsy, and we’re starting to see that this is literally impacting anything neurologically from the brain. We’re doing true brain plastic changes.

Host: Well, this is an interesting time for this device to be rolled up in Canada for the very first time because Health Canada has approved it for use and the FDA down south, they want more information before they’re going to go ahead and approve this application. So what does this mean about the science and research being done in Canada to give people hope that it really struggled with major brain injuries?

Ryan: Yeah, we’re really excited about that, because it gives us the opportunity to show that Canadian science is leading the way, and there are many groups around the world that are doing this research, but they’re we’re putting in place the critical research that’s showing that PoNS™ is helping the brain. It’s helping when it’s paired with rehabilitation. Right now, it’s available to you on-label for balance deficits if you have mild to moderate traumatic brain injury. But what we’re doing is working to really expand that and address and show that it’s actually changing your brain activity and it’s helping your patient outcomes, people are getting better. We’re making brains better.

Montel: People have stood up and told before this device, there was nothing other than physical therapy that was actually helping people who had mild to moderate traumatic brain injury. Now, this device is proving that there’s something that works. People who hear my voice, you need to get up on Heuro.ca (now ponstreatment.ca link) and find out if they qualify. Contact the center Surrey (Surrey Neuroplasticity Clinic link). Contact the center in Montreal. You don’t have to be the way you are. You can change your life.

Host: You’ve been a huge advocate of this and I’m going to ask you but your mindset back in the late 90s when you got your diagnosis with M.S. because we’ve got a lot of champions on this couch that talked about getting a diagnosis from doctors, where hope was nonexistent. What did doctors tell you, how did that change you and how is your reality different now?

Montel: You know, one of the strangest things was when I was first diagnosed, I had a doctor look me in my face and say I’d be in a wheelchair in 10 years. And I’m like, wait a minute! You got a crystal ball? If you were God, I wouldn’t be sick. I don’t trust you with that and I’ve also always felt my whole life that I’m the one who owns a definition of who I am. Yes, I have MS, but MS doesn’t have me. So, if I work as hard as I can work, I can impact my symptoms. As soon as this device came along, that gave me not just hope, the reality was the more work I put into it, the harder I worked, the more it gave back. And that’s what I want people to understand. They can do the same.

Host: Your courage is going to help a lot of people watching right now to think that they can have hope and do what you did.

Ryan: We named we named the website H-E-U-R-O after people like Montel is a hero. To your point, it’s your job to change your brain. You know, you can take whatever your situation is and drive that into a better circumstance. And you think about balance. I mean balance. OK, what’s balance? Well, what I love about this hero story is that when Montel comes out here, he’s snowboarding in Whistler. Right?

Ryan: We can create technologies that can help and assist balance. But at the end of the day, it really is about driving your own neuroplasticity, your own brain’s innate ability to rewire itself and recover.

Montel: Let me go back to one thing you said, though. Canadians can lead the way not just for Canada, but the world, the entire world. This is something that right now, the more people come up and try to see if they can actually participate in the studies that are going on here, will change the way the world approaches brain science. Forever.

Host: It’s an opportunity. You’re helping share this big idea. I appreciate you being so vulnerable within myself. Thank you.